The Myth (And Reality) Of Finding Your One, True Love 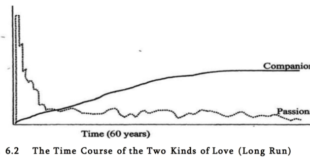 True love is friendship, not passion

The firelight flickers off the log we’ve rolled to our campsite. It took the better part of an hour to move the behemoth a mere 100 meters due to the branches still attached. With each push, the log would groan forward, only to roll backwards when the momentum wasn’t enough. Once at camp, I bend over sucking wind and wiping sweat from my brow despite the chill. Now with the sun setting, the weather had turned cold and the sweat an unwelcome nuisance. To avoid the chill getting in my bones, I pull on a beanie and inch closer to the fire, resting my sore back against Megatron — the name I’ve given the tree trunk.

Behind me, the pop and fizzle of a can being opened rustles me out of the dreamy fire trance. Without turning around, I say, “Bring me one of those bad boys.” Feeling the need to justify myself I follow up with, “We’ve earned it.”

My longtime friend, Nate, appears from around the other end of the log and hands me a white and red can, with a gold star above the words Lone Star: The National Beer of Texas. My friends all know I’m somewhat of a beer snob, often poo-pooing on their choice of Bud, Miller, or Coors, but hand me a Lone Star and I’m a happy man.

Nate settles next to me, hiking boots close to the fire to warm his toes, and slurps his beer as we both peer at the stars above. A freshly minted newlywed — and me, now several years into my marriage — we decided to take a weekend boys trip and tromp around the woods, grill over an open fire, and watch the sun set. The rustle of dead leaves and sporadic pops from the fire are the only noises aside from an occasional beer slurp in our picturesque trip. Time passes while we sit several minutes in silence, until Nate speaks.

“Do you ever think you made a mistake?”

I grin, though he can’t see my face in the dark, “You mean about rolling this log? Hell no. Best decision we made today.”

He laughs, and shakes his head side to side. “No. I mean, do you ever think you made a mistake marrying your wife?”

The comment catches me off guard, so I set down my tallboy, and shift to look at him. The light reveals my expression and he can tell I’m confused.

“I just…” Nate trails off to gather his thoughts while I wait. “I was always just so sure. Dating, engagement. It all felt so natural and right. No one could have convinced me otherwise.” He stops and sips his beer then continues, “But now that I’m married? How do I know she’s the right person for me? Out of all the people on Earth how do I know she’s the one I should be with? Couldn’t you and I both be happier with other women in Scandinavia or somewhere?”

Nate’s an honorable man, so I know he’s not contemplating cheating on his spouse, but having an existential marriage crisis. I had one too, so I sympathize. Hell, most of my friends that are vulnerable enough to explore the depths of their soul have expressed similar sentiments.

I chuckle and turn back to rest my back against Megatron. Old, reliable Megatron — not fickle, emotional me. I leave Nate in suspense, before I hoist the can to my lips, smack them, then above a whisper say, “You’re not the first guy to ask me this question, and you certainly won’t be the last.”

Then I share how I reconciled my emotions and thoughts when I pondered the same question.

Social media and celebrity relationships are events most are in the “know” about. To my dismay, I’m aware Chris Pratt and Arnold Schwarzenegger’s daughter recently got married. I’m also aware this will be Pratt’s second marriage even though I couldn’t care less. Instagram, the news, and my love for the Avengers all seemed to collide one fateful day, and I got a dose of “Chris Pratt finds true love!” Gossip rags and outlets all gushed over him finding that one, special someone — nevermind they said the same when he married his first wife. Our culture loves the idea of love — provided it continues to appear shiny. The minute love becomes messy or appears over, we’re quick to recant. Perhaps the person we were with wasn’t the one after all? So the search begins once more for our unicorn — that one magical person we’ll never fight with and get gooey over each day.

It’s easy to see why we buy into this thought process. Jerry Maguire has a woman that “completes” him. Every romance scene on TV is passionate at all times. We all have a friend within the first month of a new relationship that won’t shut up about how amazing the other person is. Influencers and people we kinda follow on social media have the happiest couple photos and gush over their love. But behind all this pomp and fluff is reality. Love is crazy, messy, and stupid sometimes.

That’s the problem when buy into the myth that one, single person out there that will make love easy and the friction couples face disappear. If there really is someone out there I’m more compatible with, what happens if cupid’s magic arrow strikes me in the frozen food section of my local grocery store? Let’s say I hit it off with another woman who grasps the depths of my inner being. Does that mean I chose wrong? Do I not love my wife anymore? We’d argue that justification is superficial and not love, yet we each know a man or woman who left their significant other for someone that “really got them” (or that they had better sex with). Perhaps they even communicate better than their previous spouse or love interest. Is it okay then?

When we hear those stories, we know they’re selfish and nothing more than the ends justifying the means. Yet, we can’t help wonder if there’s a better person out there for us, and is also why dating apps have become so destructive. Dating apps allow us to keep searching for our unicorn, swiping left and right even though we enjoyed the person we went on a date with last week. We continue to search for Willy Wonka and the golden ticket as we bounce from relationship to relationship.

I guess that’s also the hard truth and reality of why we endlessly search. There are people out there with better character traits, who are more romantic — and selfless — than I am, so my wife could be happier with someone else.

So what makes someone your one true love then?

The night I sat staring at the stars and listening to Nate share about his doubts, I was reminded of a simple truth about relationships. The virtue of choice. When Nate finished sharing his heart, I told him a story about the passionate early days when I first started dating my spouse. I followed up the tale by telling him that now I couldn’t remember the last time we sucked face on the couch and dry humped each other like teenagers because we were madly in love. I didn’t want him thinking he had to look forward to a passionless marriage, so I spoke of the intense moments of pure ecstasy and joy with her. But I also told him of the days where we contemplated where to bury the other person in the backyard. That seemed confusing at first because love sounds like an oxymoron. But that’s exactly what love is. However, we only like to think of love in terms like sensual, passionate, happy, and emotional. We forget, however, that love is also discipline, sacrifice, and can be jealous.

I concluded by reminding Nate that sometimes love is the strongest choice you can make. The choice to love someone — forsaking all others — means you’ve found your one, true love because you picked them to be just that. It’s a love that reminds us “even though there are others in the world, I chose you over them all.”

When you see love in that manner, and recognize the paradox, a shift in the heart begins. Only then will you be able to proclaim that the person you’re with is “the one.”

Powered by Vegaviral | Designed by Vegaviral
© Copyright 2021, All Rights Reserved
We use cookies on our website to give you the most relevant experience by remembering your preferences and repeat visits. By clicking “Accept All”, you consent to the use of ALL the cookies. However, you may visit "Cookie Settings" to provide a controlled consent.
Cookie SettingsAccept All
Manage consent

This website uses cookies to improve your experience while you navigate through the website. Out of these, the cookies that are categorized as necessary are stored on your browser as they are essential for the working of basic functionalities of the website. We also use third-party cookies that help us analyze and understand how you use this website. These cookies will be stored in your browser only with your consent. You also have the option to opt-out of these cookies. But opting out of some of these cookies may affect your browsing experience.
Necessary Always Enabled
Necessary cookies are absolutely essential for the website to function properly. These cookies ensure basic functionalities and security features of the website, anonymously.
Functional
Functional cookies help to perform certain functionalities like sharing the content of the website on social media platforms, collect feedbacks, and other third-party features.
Performance
Performance cookies are used to understand and analyze the key performance indexes of the website which helps in delivering a better user experience for the visitors.
Analytics
Analytical cookies are used to understand how visitors interact with the website. These cookies help provide information on metrics the number of visitors, bounce rate, traffic source, etc.
Advertisement
Advertisement cookies are used to provide visitors with relevant ads and marketing campaigns. These cookies track visitors across websites and collect information to provide customized ads.
Others
Other uncategorized cookies are those that are being analyzed and have not been classified into a category as yet.
SAVE & ACCEPT